Down the Rabbit Hole and Through the Looking-Glass … 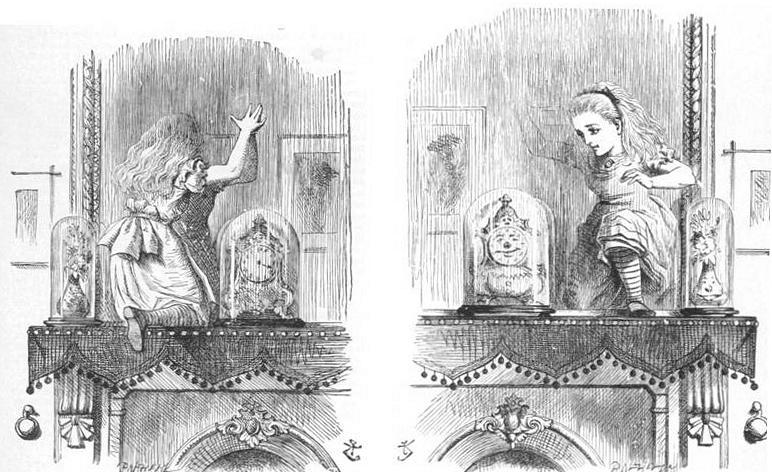 … and, it seems, through a wormhole.

Tomorrow I will wake up in a Britain with the Labour Party led by Jeremy Corbyn.

Did I accidentally take the wrong turn at La-La Land?

Have I somehow, like the dreamer in Piers Plowman , slombred in a slepyng and woken up in an alternative universe in a wildernesse, wist I never where.

I wouldn’t mind that Corbyn has become leader of the Labour Party were it not that this means the Israel haters and the ‘anti-Zionists’ now have a delusional Marxist as their cheerleader.

After all, is it not good to ‘widen the debate’? Well it’s so wide now that we all risk falling into its great maw and being swallowed by pro-Pals., Trotskyites and Islamists.

Exaggeration? Come and sit where I sit, stand where I stand, walk where I walk, pray where I pray.

Corbyn is the apotheosis of Israel hate which morphs seamlessly with Jew hate. I do not accuse him of the latter, but he and his ilk seem to have a blind spot when it comes to the realities of of what ‘Free Palestine’ means for Jews and Judaism.

Now we shall see the Four Horsemen of the Socialist Apocalypse – Corbyn, Livingstone, Galloway and Abbot – reborn, nay, resurrected as part of an inverted, nightmare universe where Good is Evil and Evil is tolerated as long it hates Israel.

This is the delusion of the Left; to see the world not as it is but how you want it to be. And then, think up some stupid policies you hope will make it that way.

No, we are not ‘one’ and that is the whole point. It is this delusional belief in ‘oneness’ that threatens us all because you may believe it all you wish, but there are billions, yes billions, of people out there whose view of ‘oneness’ is not the same as your view of ‘oneness’. You, Mr Corbyn, want us to be one world where everyone is equal: men, women, gays, disabled; where everyone gets a living wage; where everyone can live according to his needs. Very noble. Yet, there is another form of ‘oneness’ which you are flirting with, in fact you are flirting to the extent that you will have to marry, and it will be a shotgun wedding, or a Kalashnikov one, and your offspring will be chaos, misery, war, famine and destruction. Then you’ll tell us ‘that wasn’t meant to happen. Peace brothers and sisters – all we want is universal peace and the end to war’.

It’s not your cosy comradeship of the Left sort of oneness, it’s the oneness which says to hell with your democracies and your liberties and your human rights and your inclusiveness; to hell with 500 years of building European civilisation. You do what we do, believe what we believe or else.

And the danger is that Jews in this country will feel the rack of intolerance stepped up several notches. And where will we run to? Israel. The very place he doesn’t want us to go to or believe we have any right to. And if he tells you he is a two-stater it’s bollocks (sorry but sometimes the Anglo-Saxon is necessary) because those he associates with want one state and no Jews and he knows it. He thinks you can talk to Hamas and Hizbollah and you can talk to the IRA and you can talk to any two-bit terrorist and persuade him that what is needed is Socialism and ‘oneness’ and all will be OK.

But, clearly, I’ll wake up in the morning and David Miliband will be leader of the Labour Party, and Jeremy will still be a an under-achieving Trot who does good work in his constituency but will never be a front line politician because he doesn’t really believe in the institutions he is part of.

Tell me it is so – someone? Please?