My connection to Napoléon Bonaparte 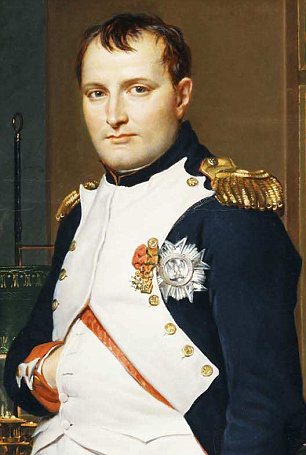 For the sake of ‘sholem bayit’ – I don’t want anyone to think I am prejudiced against the French or Bonaparte. Having just posted a connection to Wellington, I need to be even-handed here.

Unlike Wellington, Bonaparte had, it seems, a better opinion of Jews. He believed in Jewish emancipation, after all. Égalité was one of the the pillars of the revolution.

Indeed, we could see Napoléon as a progressive fighting the forces of conservatism which wanted to retain hereditary monarchies and the privileges of class.  Napoléon’s army was led by the sons of the petit-bourgeois, not by dukes and princes.

Anyway, notwithstanding, I think Boney, despite his good points, was, at the core, a more successful version of Mussolini: an Italo-Frenchman who thought he was Julius Caesar but without the fasces, as it were.

However, do the math again. When he was about 12 there was a bit of a war on. the French had marched on Moscow in 1812, succumbed to the Russian winter and the Grande Armeé marched all the way back again – including through Poland.

And that’s where Koppel Kuchcik comes in – he’s my great-grandfather. The family story is that he witnessed part of that terrible retreat, as a boy, in Poland, probably in Kalisz or somewhere nearby.

So there you have it – a connection to both great men.