Shalit and what the deal tells us about Israel and Hamas 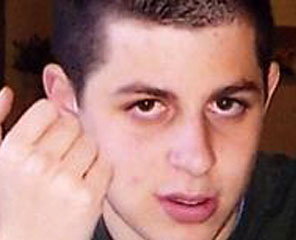 I am not going to tell you whether I believe the deal, recently brokered, to exchange one Israeli soldier, Staff Sergeant Gilad Shalit, for 1027 Palestinian prisoners, is right or wrong.

Well, I am, actually; but not from a political point of view, or a practical one, or a religious one.

I am going to give you an answer from an ethical point of view, but not the obvious one about releasing murderers who may kill again.

I have had various conversations over the last few days with friends and members of the community to which I belong; some believe it is right to exchange Shalit and some do not.

The reason for the disagreement always centred around the rights of Shalit and his family against the rights of the families whose relatives had been the victims of hundreds of murderers and terrorists.

At the same time, the rights of those who may be killed in the future by those released also posed a dilemma throughout these discussions.

The truth is there is no right answer when you argue in these terms.

The point isn’t that Israel believes that one Jewish Israeli is ‘worth’ 1027 Palestinians. That is ridiculous.

The point is that Hamas knows that Israel values life, that Israel, Israelis and Jews across the world care that a young man is languishing in captivity without access to his family and friends, without education, without a sex life, without doing all those things that 20-something young men should be doing; and why? Because he was a soldier, not because he committed a crime, except that of being an Israeli.

Hamas has no such concerns or scruples when it comes to Palestinian prisoners. It is not their lives that Hamas cared about but their political value and their ability to hurt Israel even as convicted criminals.

Hamas knows that Israel values life. The perverted, inverted ‘morality’ of Hamas’s Islamist cult is in love with death.

Hamas has abandoned all semblance of what passes for human behaviour.

When you have bled yourself of all compassion, when you feed off your own hatred and have dehumanised an entire people; when you have nothing but contempt for your enemy because it has all those human qualities which you consider to be weaknesses, then it is a matter of little consequence and no conscience to win the obscene auction of a young man.

And that is why I support this exchange. I support it because it confirms in me the belief that I am on the right side. It’s not about good and evil; it’s about flawed humanity, which is, nevertheless, humanity and pure unabstracted malice and distilled evil.

And I could not care less about all the crowing and victory whooping and all the threats to kidnap more Israelis; and I don’t give a damn about the hero welcomes and the streets and squares which will be named after murderers who have deliberately targeted children, teenagers and the elderly.

What I care about is that my humanity remains intact, that Israel has demonstrated clearly that its humanity is intact and Gilad Shalit will be free.